UK-EU trade agreement negotiations may be extended to next week

UK-EU trade agreement negotiations may be extended to next week

According to foreign media reports, some Irish officials said that this week it may be difficult for the UK and Europe to reach a post-Brexit trade agreement, and negotiations may continue until next week.

Irish Foreign Minister Simon Covenney said on the 11th that the time left for consultations between the two sides is already very urgent. Covinni said that if Britain and Europe still cannot reach a trade agreement next week, then the real problem will come. However, Covinni believes that the possibility of an agreement between Europe and Britain is higher than the possibility of a breakdown in the negotiations. 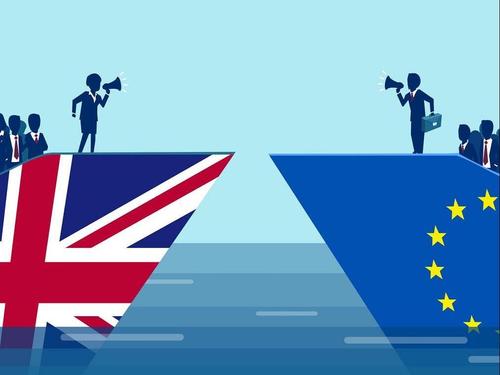 According to Reuters, a spokesman for British Prime Minister Johnson said that the British negotiating team is still seeking to bridge its differences with the EU on two key positions. The EU stated that despite the tight time limit, the EU’s priority interests are still the first consideration. The EU will continue to hold consultations, but at the same time it will be prepared to deal with all possible results. A number of EU sources expect that negotiators will be able to submit a text of the agreement next week, unless there is a breakdown in the negotiations between the two parties or a breakthrough in advance.

It is reported that the main differences between the UK and Europe are still concentrated in the three aspects of fishery rules, a level playing field and dispute resolution mechanisms. In Covinni’s view, the most controversial issue in the negotiations is still fisheries, and the EU needs to ensure that no member states are “unfairly treated due to the new arrangement.”

A British government source told The Times that government assistance is one of the difficulties in the negotiations between the two sides, because the two sides have different views on the “level playing field”. The British side cannot accept to follow the legal system “equivalent to the European Union.” The British side said: “In the future, we need our own policy space to decide what is most in line with the interests of the United Kingdom. This is the essence of Brexit.”

While continuing to negotiate trade relations with the EU, the UK is also actively conducting post-Brexit trade relations negotiations with other trading partners. According to foreign media reports, the senior trade representatives of Brazil and the United Kingdom held a video conference on the 11th to discuss how to strengthen trade and investment between the two sides, which involves a potential post-Brexit bilateral trade agreement.

XuanxCapacitors2020-11-13T01:39:38+00:00Categories: News|Tags: trade agreement|Comments Off on UK-EU trade agreement negotiations may be extended to next week