The development of chip manufacturing

Home » The development of chip manufacturing
Previous Next

The development of chip manufacturing

The chip shortage problem that appeared in 2020 has not yet been alleviated, and its scope of influence is no longer limited to the automotive industry. For the world’s important chip suppliers, facing this situation can also be described as mixed.

From the demand side, many famous automobile manufacturers such as Ford, Volkswagen, Toyota, Renault, Stellattis, etc. have halted and reduced production to varying degrees due to chip problems; mobile phone and other consumer electronics manufacturers such as Apple, Samsung, and Sony have also been affected to varying degrees . On the whole, industries such as automobiles, mobile phones, games, and security have been affected. Some companies have to compress products with lower profit margins and invest limited resources on key products.

For suppliers and manufacturers, the market ups and downs in 2020 is not a unilateral increase throughout the year. But in general, the presence of manufacturers has been significantly strengthened, and performance has also improved due to the outbreak of demand in the second half of the year.

According to a report released by market research organization Gartner, global semiconductor chip expenditures in 2020 amounted to 449.838 billion U.S. dollars, an increase of 7.3% year-on-year, which means that demand is further increasing. 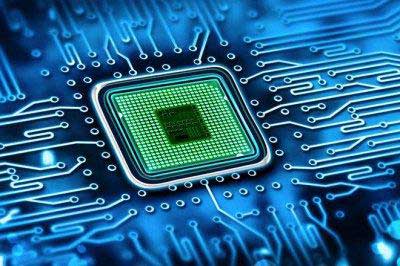 Looking at the financial reports of major chip giants announced recently, almost without exception, there has been growth.

Japan and South Korea became the beneficiaries of the US’s revised chip export rules. According to data from the Ministry of Trade, Industry and Energy, South Korea’s exports in 2020 amounted to US$99.2 billion, an increase of 5.6% year-on-year, the second highest in history. The largest chip maker Samsung’s business profits have become the main driving force for its performance; the second largest chip maker SK Hynix’s net profit has increased by 136.9% year-on-year, with revenue in the fourth quarter being 5 times that of the same period in 2019.

Several major chip manufacturers in Europe have also benefited. In the third fiscal quarter of the Netherlands NXP as of the end of December, adjusted earnings per share and sales were better than expected. In the fourth quarter, NXP’s sales in the automotive and mobile device terminal markets were particularly strong. The profits of American Qualcomm, AMD, Nvidia, Intel and other companies have also increased.

In the face of the explosion of demand, manufacturers have made enough money, but faced with the problem of supply chain shortages, they have no way to start.

This wave of chip shortages is in addition to the increase in intelligence in various industries and the new demand brought by the epidemic, which has caused production capacity shortage. On February 11, several directors of the American Semiconductor Industry Association, including CEOs of a group of American chip manufacturers including Intel, Qualcomm, Micron and AMD, jointly sent a letter to Biden, calling for subsidies for semiconductor manufacturing. Grants or tax credits are included in the upcoming economic recovery plan. The worries of these companies are that in the global semiconductor chip market, the proportion of chips made in the United States has fallen from 37% 30 years ago to about 12% at present.