According to a report on the website of the Financial Times on July 12, the finance ministers of the Group of Twenty nations collectively supported carbon pricing for the first time, saying that this once controversial idea was one of “a wide range of measures” to tackle climate change.

According to the report, the issue of taxation of carbon dioxide emissions has long caused disagreements among G20 members, especially the United States has been opposed. 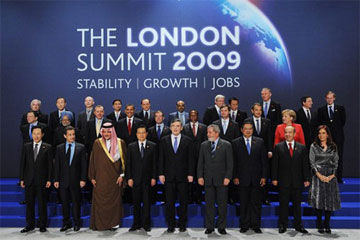 The finance ministers of the Group of Twenty nations held talks on the global taxation agreement and other issues in Venice on the 10th local time and said: “Addressing climate change and biodiversity loss, as well as promoting environmental protection, remain the most urgent priorities.” The finance ministers said that these solutions may include “using carbon pricing mechanisms and incentives.” They expressed support for carbon pricing in the communiqué for the first time.

Carbon pricing is a necessary prerequisite for establishing a carbon border tax. The growing call for such taxes comes at a time when the European Union is preparing to issue a series of climate policy recommendations on Wednesday.

In his speech at the meeting, American economist and Nobel laureate William Nordhaus called for the establishment of a “climate club” composed of countries willing to commit to carbon pricing.

He said: “A key element in reducing emissions is high carbon pricing.” He also said that this “climate club” will have to impose punitive tariffs on countries that do not implement carbon pricing.

Nordhaus said this approach will help solve the “free-riding” problem, because this free-riding plagues existing global climate agreements, all of which are voluntary.

US Treasury Secretary Janet Yellen did not mention carbon pricing in his speech at the conference, but clearly called on multilateral development banks to “go further” on the issue of climate change.

Yelon urged multilateral development banks to align their investment portfolios with net zero emissions targets as soon as possible, and to work more closely with the private sector in the climate field.

BlackRock CEO Larry Fink called for comprehensive reforms of financial institutions like the World Bank and the International Monetary Fund.

Fink also said that both institutions operate under an outdated system “established about 80 years ago.” “What we need is a financial system built to attract more capital into sustainable investment.”

Opponents of global carbon taxes—especially in the United States—are questioning whether such taxes are politically feasible and warn of the impact on low-income households. But Kristalina Georgieva, Managing Director of the International Monetary Fund, and other policymakers agreed with Lagarde, saying that compared with the long-term cost of delaying action, “the initial cost is nothing at all.” .